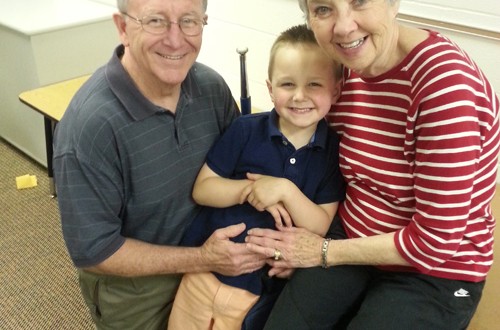 As I slid into the driver’s seat, her words echoed in my ears—“Don’t come back.”

I had responded with surprise, but as the car door closed, the significance of those words

settled into my mind. Tears of gratitude spilled forth as I slumped forward onto the

steering wheel and played the words over: “It’s been ten years; don’t come back . . .

Ten years earlier (1992), I had sat in that same oncologist’s office after a

complete mastectomy of the right breast, along with removal of eighteen lymph nodes

(three of which contained cancer cells). She calmly informed my husband and me about

the pathology report and diagnosis: intraductal carcinoma, Stage II, both estrogen and

testosterone fed. Then she proceeded to prescribe the treatment regimen: six months of

chemotherapy which would begin in a month, followed by thirty-seven days of radiation,

five days a week. I could expect nausea, fatigue, and loss of hair, appetite, and weight.

She had been thorough and compassionate while answering our questions, but

after an hour and a half, the room temperature had risen several degrees and the walls had

begun to close in. She was talking about me, my body, my life–as if she were giving the

daily medications report. My heart pounded; my chest tightened; my palms sweat. I was

dove, I would fly away.”

A few minutes later I walked out of her office, silent, my emotions roiling, pulse

racing, and lungs struggling for breath. I felt just as I had in first grade when a bully had

run up behind me, shoving me to the ground, knocking the breath out of me, leaving me

As we drove the eighty-five miles home, my husband and I cried, reviewed the

made that same drive home, but with a heart bursting with joy. In the midst of singing,

giving thanks, and shouting, I also fell silent as I reflected on the previous decade, glad

Several months after my diagnosis, a colleague asked how cancer had changed

me. My response was quick. “It’s as if the lens on the camera has been adjusted: every

part of my life is in sharp focus. The fuzziness is gone.” Facing my mortality demanded

a new way of looking at the mystery of life. What really matters? Am I investing my

time in that which has value? Am I living or merely existing? What about all the “stuff”

which clutters not only my house, but my soul? In that period of introspection, the

sometimes chaotic complexity of day-to-day living became quite simple: focus on and

nurture relationships. Without them, life is empty.

Like so many others, I often took my family for granted. However, upon hearing

the word “cancer,” all I wanted was my husband and my two children, a daughter,

fourteen, and a son, eleven. I longed to hold them close, study their faces, tell them I

loved them, laugh and cry with them. I wanted to delight in them, etching their very

essence into my mind. I desired to share my heart with my husband more deeply than

ever before. Intimately, passionately, I wanted to know him and be known by him.

Within the previous year, a family acquaintance had died as a result of breast

cancer. At forty-one, she left a sixteen-year-old daughter and a six-year-old son. In

addition, my son’s eleven-year-old best friend had died from a brain tumor. As a result,

cancer and death were synonymous at our house. We were all afraid. The ensuing days

became rich as we shared our fear, confusion, grief, and helplessness and threw ourselves

into the arms of one another. Grace and tears flowed freely as the silken threads of our

“My children are young,” I declared to the surgeon when he told me I had cancer.

He quietly answered with words filled with hope and reality. “You will see them grow

older.” I asked God to allow me to see my children grow up, to become young adults

living on their own. They have done just that. Never could I have imagined the joy of

having my children become my friends. Relationships with my family were then and are

In the past ten years, I have also recognized anew that friends are treasures. They

have cleaned house, done the laundry, and washed the dishes. They have wept with me

and at me. Patiently they have let me wrestle with my doubts and then walked with me

through grief and anger. They have come bearing food, flowers, hope, and

encouragement. Friends have challenged me to think and grow. They have given me

comfort, grace, love, and acceptance. Not only have they taught me how to receive, but

they have shown me how to serve.

While friends and family are important, I have learned that my personal

relationship with God is really all that matters. In the dark nights when I lay awake in

turmoil, His “still, small voice” whispered, “[S]he is kept in perfect peace whose mind is

stayed on Thee.” When fear tried to crowd out my faith, His presence brought peace.

When financial needs mounted, I recalled that He had promised to meet all my needs

“according to His riches in glory”—and He did. At some point I realized that my cancer

was no surprise to Him. He knew all about it. He had a plan, and He was at work even

though I did not understand. But because of His holiness, goodness, and love, I could

trust Him—even when I couldn’t see His hand. I would not waste my sorrows. I would

seek His face, for He is faithful.

the lessons of the past decade. Family, friends, and faith have indeed become the

priorities of my life. “Let’s throw a party!” I shouted, as I rushed into the house and the

(Thirteen additional years have passed since I wrote the above essay, thirteen years of

additional celebration of the gifts of life and relationships, which now include five

grandchildren and many more dear friends.)